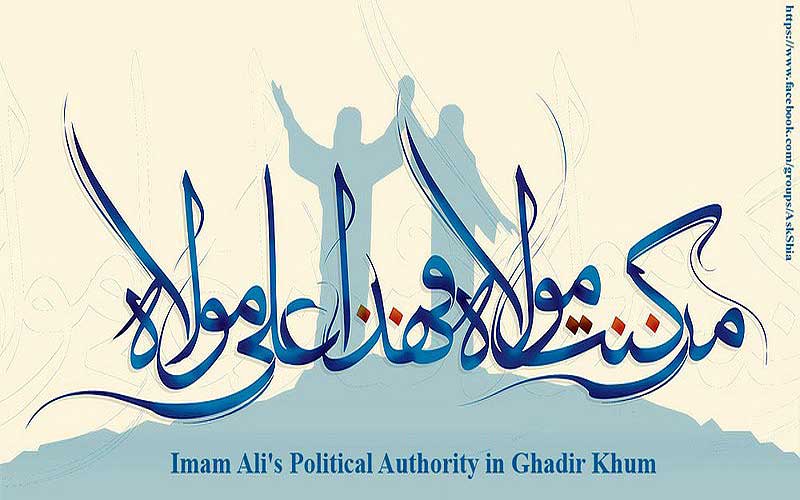 Answer 470:  According to Shiites, there is no doubt that the Wilayah (guardianship/authority) of the Commander of the Faithful that was announced and stressed by the Holy Prophet (s) in the event of Ghadir and on many other occasions before and after Ghadir[1] includes all the cases where the Messenger of Allah (s) maintained wilayah (authority). Considering that the Prophet (s) established and led a government, we entertain no doubt that political authority or discretion over political affairs was one of the main aspects of his authority. END_OF_DOCUMENT_TOKEN_TO_BE_REPLACED

Question 028: Can you please provide me with the Last Sermon of the Holy Prophet (pbuh) delivered at Ghadir Khum?

Answer 028: The full text of the Holy Prophet’s (pbuh) last sermon delivered at Ghadir Khum after Hajjatul Wida and before He (sa) left this World is as follows: END_OF_DOCUMENT_TOKEN_TO_BE_REPLACED