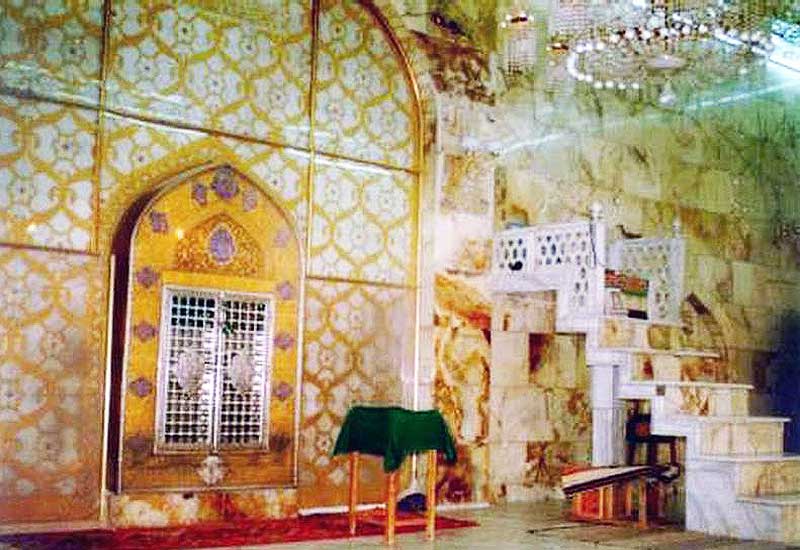 Question 569: Agha! Are al-Bayan, al-Iftikhariya and Al-Tatanjiya sermons imputed to Mola Ali A.s which are found in Mashariq al-Anwar of Shaykh Rajab Borsi, are authentic? What are their health of authentication in regards of Ayatollah Sistani and the rest of mujtahideen? what is the take of Shariyah on them?

Answer 569: There are many sermons attributed to Imam Ali (as) mentioned in traditional and historical sources. But, they haven’t been mentioned in Nahj al-Balaghah.

Al-Bayan Sermon: Khutbatul Bayan or Iftikhar Sermon is one of them attributed to the Imam (as).

In this sermon, Imam Ali (as) introduces himself, foretells about the future and states the end of time and signs of re-emergence of Imam Mahdi (ajtf). A major part of the sermon relates to messianic issues as well as the apocalyptic period and signs of reappearance. This sermon discusses the signs of reappearance and also deals with the subject of Sayyid Hasani and his uprising and conduct with Imam Mahdi (atf) as well as his surrender to the Imam.  When it comes to the chain of transmission of this narration and its validity, there are discrepant views and comments among Shia scholars some affirming it, others opposing.

According to the references mentioned in this sermon, Abdullh bin Masood said: When Imam Ali (as) being appointed to caliphate, He came back to Basrah after three days, ascended to pulpit in the Jame’ Mosque of the city and delivered a sermon saying about the difficulties and calamities happened the death of the holy Prophet (pbuh). While Imam Ali (as) delivering speech a man named Suwaid bin Nufil Hilahi, one of the great man of Khawarij interrupted the his speech, and asked: from where did the Imam know these things? Imam Ali (as) looked at the man angrily and talked about his attributes and knowledge. The followings are a few phrases the Imam introduced himself: Ana’ Sirr al-Asrar, Ana’ Shajarat al-Anwar; Ana’ Dalil al-Samawat; Ana’ Anis al-Musabbahat.[1]

This long sermon has only mentioned in recent sources. Ilzam al-Nasib, written by Ali Yazdi haeri (d. 1333 A.h) is one of the most accessible sources. In this book, there are three different versions of this sermon, Khutbat al-Bayan that each of them has vast difference with the other. The first two versions have no references, but the book al-Durr al-Munazzam fee al-Sirr al-Aazam, written by Muhammad bin Talhah Shafe’ei, the Sunni scholars but loving Ahlul Bayt (pbuth) is the only sources mentioned for the third version of this sermon.[2]

Those who mentioned in this book as the chain of narrations for this sermon are unknown except Tawq bin Malik, because he is not a narrator and had never narrated a hadith from him. He is one of the Harun al-Rashid’s commander that passed away in the year 216 A.H.[3]

The followings are some points we should take into consideration about Abdullah bin Masood, the main narrator that is the most important reason than the chain of narration.

Therefore, according to the previous mentioned reasons, we ought not to trust about the chain of narration of this sermon.

In his book Bisharat al-Islam, Sayyid Mustafa  Ale Haydar said: we haven’t found the correct chain of narration for this sermon. None of the great narrators like Kulayni, sadouq and Sheikh Tusi have never narrated it. We can conclude that since Allamah Majlisi never narrated this sermon that this sermon is not reliable.[6]

Late Mirza-ye Qummi, the author Qawanin al-Usul after denying the attribution of this sermon to Imam Ali (as), talked about Khutbat al-Bayan and its problems in detail at the end of book Jame’ al-Shatat.[7]

Allamah Jafar Murtadha Ameli specialized an important part of his book, al-dirasat fee Alamat al-Dhuhur wa al-Jazirat al-Khazra, to reecting this sermon, some of which are as follows:

Suwayd bin Nufil Hilali who mentioned in this sermon as the great man of Khawarij is not exist.

Mirza-ye Qummi said: I haven’t seen in any authentic book that this sermon is attributed to Imam, but it has mentioned in some Sufism resources.[9]

Al-Iftikhariya Sermon: In his Mashariq al-Anwar, Hafez Rajab Borsi has narrated from Asbagh bin Nabatah a relatively long sermon named Al-Iftikhar Sermon which the narrator has attributed to Imam Ali (A.S). In that sermon, Imam Ali (A.S) introduces himself with these words: “I am the brother of the Messenger of God and the Heir to His knowledge, the treasury of His wisdom, and the Companion of His secret. There is not a letter revealed by God in any of His Books whose intention does not point towards me. He hath vouchsafed unto me the knowledge of what was from eternity and what will happen unto the Day of Resurrection. To me hath been vouchsafed the knowledge of past and future generations and their genealogies.”[10] Then he refers to future events and the signs of reappearance.[11] If you go through the sermon and take careful a look at the words, you will come to know that a lot of the words and meanings in this sermon are also found in other narrations which have been substantiated and approved in their own respective places.

Al-Tatanjiya Sermon: Late Hafez Rajab Borsi has reported this sermon in his Mashariq Anwar al-Yaqin”.[12] Considering that Imam Ali (A.S) says in a part of this sermon: «اَنَا الْواقِفُ عَلَى التُّطُنْجَیْنِ» [13](I am abiding over the two gulfs (tatanjayn)), this sermon is called Al-Tatanjiya which means two gulfs of water or this world and the hereafter. The first part of the sermon dealing with creation of the world is very similar to the first part of Nahjul Balaghah. Most of the wordings and sentence structures are completely overshadowed by Quranic verses and are relying on traditional beliefs. The sermon deals mainly with Imam Ali’s expanse of knowledge, especially his super knowledge of the universe, the preceding and future events. It is for the same reason that the sermon is replete with statements about the cosmos as well as reports about the apocalyptic period or the end of time.  This sermon explains the course of glorification of Allah, the Exalted, throughout the history of prophets as well as the existential guardianship (wilayat takvini) and knowledge of the Infallible Imams (A.S). In other words, it introduces the perfect man. The discourse is about the first creation and created which have been referred to in the tradition as such: «اَوَّلُ ما خَلَقَ اللّه‏ُ الْعَقْلُ» (The first thing that God created was the intelligence).[14]

The Al-Tatanjiya Sermon has not been narrated in Nahjul Balaghah but Sayyid Hebatullah Abi Muhammad Musavi (d. 703 A.H.) has recorded it in his al-Majmu’ al-Rayiq Min Ezhar al-Hadaiq.[15] Some recent scholars like Ali Yazdi Haeri (d. 1323 A.H.) have also narrated it.[16]

At the end of this sermon, there is a description of the four realms (aqalim) and Sheikh Agha Buzurg Tehrani has considered it probable that this sermon might be united with the Al-Aqalim Sermon which Ibn Shahrashub has talked about in his Al-Manaqib.[17] This sermon has been published either independently or as supplements in other publications. Different manuscripts of this sermon are said to be in the libraries of the University of Tehran, the Iranian parliament, Waziri Yazd and Masjid A’azam of Qom.[18] Many commentaries have been written expounding the said sermon[19] the most famous of which is Irshad Al-Mustarshideen by Sayyid Kazim Rashti (d.1259 A.H) of which seventeen manuscripts are available in Iran’s libraries.[20]

This sermon is defective in terms of its chain of transmission. Thus, the chain of transmission cannot be considered as reliable but the contents and significations of the sermon are acceptable even though they may not be those of the Commander of the Faithful, Ali, peace be upon him.  Keeping in view the fact that there are also other narrations having higher and more perfect contents than those of this narration reaffirming it, some scholars are of the view that the contents of the Al-Tatanjiya Sermon are correct. They maintain that by turning to the reports regarding the virtues and merits of the Commander of the Faithful, Ali (A.S), the doubt concerning this sermon will be removed. In fact, they state that the reports, like verses, explicit or implicit, general and particular, restricted and unrestricted, ambiguous and unambiguous. Some of them should be interpreted in the same way as the Quranic verses. Hence, it is necessary for every just and fair individual not to reject a tradition which he finds apparently dichotomous with the principles and rules. He should rather reflect and contemplate on it and should also compare it with other reports which have been passed on from the Infallibles (A.S) and which interpret the report. That is because their reports, like the holy verses of the Quran, expound and interpret one another.[21] For instance, in Kulayni’s Al-Kafi, there are traditions about perfect man which are in no way in contradiction with Islamic doctrines. For example, Imam Ali (A.S) has been reported as having said:

“I am God’s eye, and I am God’s hand…”  Hence, it can be said that the traditions in this regard confirm the content of Al-Tatanjiya Sermon to some extent.