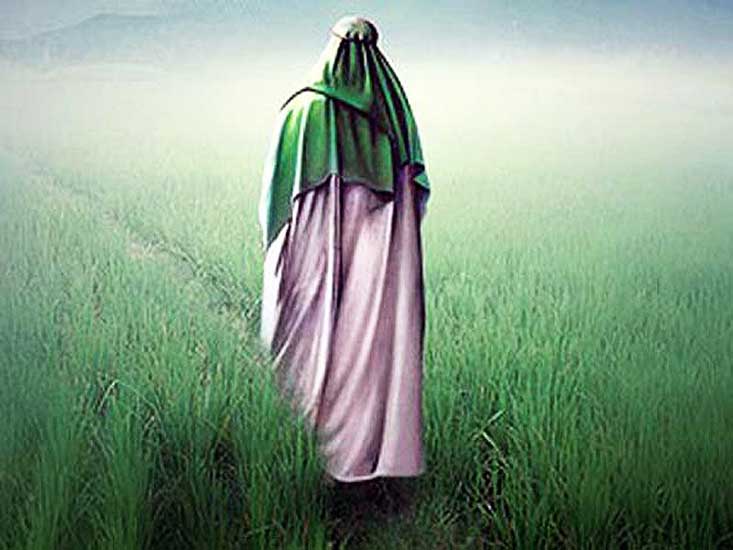 Question 267: Hi assalamualikum, This about Imam al mahdi(as), that there is a video in detail a documentry on physical charecteristics of imam mahdi(as) by harun yahya,a turkish. He had explained well in details about how we can identify imam mahdi by looking at his physical charecteristics when he appear…its a long video and available on youtube so that i kindly request you to have a look on to get in details..( video titled : The holy appearance that will identify imam mahdi(as). By harun yahya.

The question is, How accurate are those information and are they authentic when compared to the shia point of view? Thanks

Brief Answer 267: According to some traditions, Imam Mahdi (ajtf) is the most similar person to the holy Prophet (PBUH). Some of his general appearance is as follows: youthful appearance with a brilliant face, curved eyebrows, a broad forehead, a nice stature, long straight nose, a small black spot on his right cheek, a face glowing like a shining star and had an appearance that no one has ever seen more beautiful, calm and pious complexion. END_OF_DOCUMENT_TOKEN_TO_BE_REPLACED 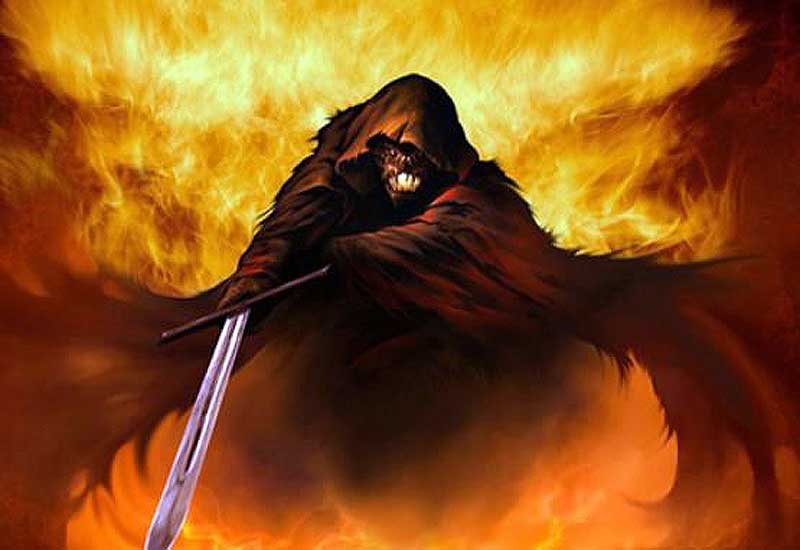 Question 488: I have often heard bakri kuffar claim that the dajjal (LA) will be aided by Jews from Isfahan wearing shawls. Many Shia Ulama claim this is untrue. Can you prove it to be wrong? Provide all kinds of evidence t disprove it’s authenticity

Answer 488: One of the signs of the reappearance of Imam Mahdi (as)[1] is the coming of the “Dajjal”.  According to Arabic literature experts, any liar and trickster can be called a dajjal.

Different unusual traits have been related to him in hadiths (in which are mostly found in Sunni sources), namely: he falsely claims his lordship[2], is high in age[3], along with him is fire and water[4], he cures the blind and those suffering from leprosy[5].

As for who the dajjal really is, one can’t reach a definite conclusion, but in a nutshell, it can be said there are several possibilities regarding this matter:

1) The dajjal is a true person that does extraordinary things using witchcraft and magic that will appear at the end of time.  He will be the head of a great trouble-making that will take place for all of mankind.  As the literal meaning of dajjal suggests, he is a user of witchcraft and a trouble-making individual with many materialistic facilities and capabilities.  Some hadiths name him “the messiah of misguidance” which is the opposite of “the messiah of guidance”, meaning Prophet Isa (pbuh).

During the reappearance of Imam Mahdi (as), he will begin to work against him.  He is of those who have long lives and is and will remain alive until the day he appears.  He will take over the whole world expect for Makkah (Mecca) and Madinah (Medina).[6]

2) Iblis or Satan is the dajjal.

3) The Sufyani  is the dajjal.

4) The dajjal has a symbolic and secret side to it (and isn’t a true person):

“The dajjal symbolizes the highest levels of civilization, culture and Western technology that are in conflict with Islam and its principles; a culture that tries to conquer and enslave all.  We can clearly see today how the West’s materialist culture and technology has taken over all societies today, even Muslim ones…”[7]

Is it true that Dajjal will emerge from Esfahan?

The following are some traditions narrated in this regards we need to evaluate if they are accurate or not?

First traditions: Dajjal will emerge from Jews people of Isbahan (one of the Esfahan’s villages) in a way that seventy thousands of Jews will support it.[8]

Evaluation: This hadith hasn’t been mentioned in Shia sources. It is just narrated (by Anas bin Malik) from the Holy Prophet (pbuh). In his musnad Ahmad bin Hanbal is the first person from ahlul sunna that quoted this hadith.[10] It is also narrated by Ibn Hamad who was in jail with Ahmad, but He didn’t attributed to the holy Prophet (pbuh).[11] Also, Ibn Hamad quoted from Yahya bin Saeed al-Attar from Salman bin Eisa this following hadith: Dajjal will emerge from an Island of which is located in the sea in Isbahan!

Esfahan hasn’t any sea to say there is an island. According to Shia and Sunni, ibn Hamad is a weak narrator that all of his works are not reliable.

In Mojam Awsat, Tabarani quoted this hadith from Awzaee from Rabiah from Anas bin Malik. Awzaee was a person whom is not reliable.

Some sunni also narrated this hadith without mentioning any Shia sources.

Note: Hamoodi was a NasibiThis tradition hasn’t been mentioned in any Shia sources. Considering this issue that we approve this hadith, but it impossible that seventy thousands of Jews people live in a village. Because, most of people who live in Esfahan are Shia Muslims. Therefore, Esfahan is not the seat of Jews government.

Second tradition: Dajjal will emerge from Esfahan from a village known as Judaea.[15]

Evaluation: This hadith quoted by a narrator named Nazal bin Sabrah that his name has never mentioned in any Shia Rijali books. He is also unknown, however he has praised in Sunni sources.

In response to this question, Imam Ali (as) replied: “Be aware that the (name) of the dajjal is Sa’ed ibnul-Sa’ed.  The unfortunate one is he who acknowledges and accepts him, and the fortunate being the one who rejects him.  He will emerge from a place called “Isbahan”, from an area which is known to be the area of the Jews.  His right eye is shut, bearing no eyeball.

His other eye is in his forehead, shining so brightly that it resembles the morning star in brightness.  In his eye there is a piece of meat that seems to have mixed with some blood and on his forehead, in between the two eyes, it has been written “Kafir” in a way that every literate and illiterate person can read.  He travels over the oceans and the sun accompanies him.  In front of him, there is a mountain of smoke and behind him there is a white one that people perceive to be food.  He will appear during a very hard drought.  He will be riding a dark or green donkey.  Every step this donkey takes is equal to one mil (mile).  He will travel and go here and there on earth.  Every water source or spring that he crosses will turn and remain dry till the Day of Judgment.  He will shout with a voice heard by all in the East and the West saying: “Come to me, Oh friends and followers of mine!”  I (am a God) who has created, who has created the faces, has measured every persons portion (of sustenance), and is your guide.  I am the exalted Lord!”  He is a liar!  He is Allah’s (swt) enemy…and in the end he will eventually be killed by the one Isa (pbuh) prays behind (Imam Mahdi (as))”.[16]

Evaluation: The hadith is weak! Because, the one who narrated it from Imam Ali (as) is unknown.

Evaluation: This above hadith has some problems in its Sanad even according to Ahlul Sunna. Also, this tradition has not mentioned in any shia sources.

Fifth tradition: When Imam Mahdi (ajtf) appeared He will be received an information that Dajjal emerged from Isbahan. According to this tradition, Dajjal cannot be a sign for His reappearance as Dajjal will emerge after Imam Mahdi (ajtf).[19]

Arabic version of this hadith is as follows:

Evaluation: This hadith hasn’t also been mentioned in any Shia sources.

From where Dajjal will emerge: There are some different opinions about it. Some say Dajjall will emerge from Esfahan, some say from Bajestan (Sistan), Iraq, Balkh and others say Khorasan.[20]

In Bihar al-Anwar Allamah Majlesi narrated a hadith from Imam Muhammad Baqir (as) in which He has said: Dajjal will emerge from Balkh.[21]

Ibn al-Razzaq quoted a tradition from Kaab al-Akhbar that Dajjal will emerge from Iraq.[22]

According to Saeed Ayyoub, Dajjal will emerge from Israel.[24]

Arabic version of this hadith is as follows:

Of course, there is no conflict between these two statements that Prophet Isa (pbuh) is one of those who takes orders from Imam Mahdi (as) and one can relate the doing of a soldier to his commander. 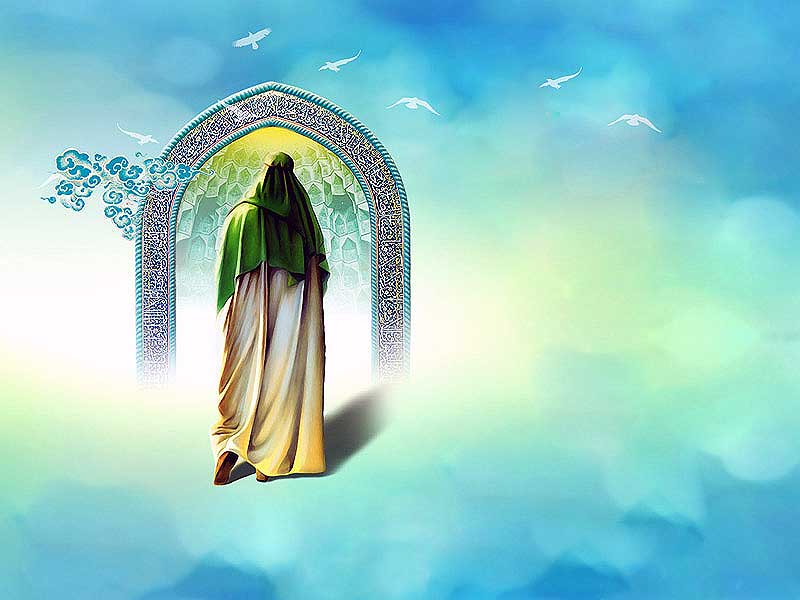 Question 072: I read this in the book ‘Scale of Wisdom’: Imam al-Mahdi (AS) said, when ‘Ali b. Mahzyar asked him, ‘O my master, when will this rule be?’ ‘When the way between you and the Ka’bah will close). Nur al-Thaqalayn, v. 5, p.461, no. 3. What does it mean by the way to the Ka’bah will be closed? Is it telling of a time that no one will be able to make Hajj? Does evil close the way, or is there no longer a need to go to the Ka’bah when al-Mahdi reappears? 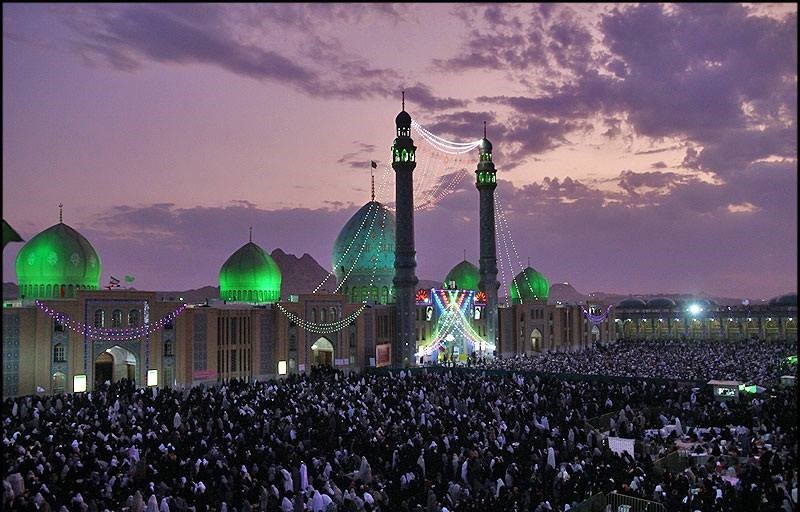 Question 026: What are the benefits of Imam Mahdi during occultation?

Answer 026: Imam Mahdi (ajtf) is the channels and mediators between us and Allah’s (swt) grace and mercy. If He wasn’t in this world the human beings’ dynasty would be overthrown. If He doesn’t exist Allah would not be known completely, and as a result the relation between this universe and the Creator would be broken off.

The following are some of the benefits the existence of Imam Mahdi (ajtf) bring, according to ahadith and the sayings of great scholars regarding this issue: END_OF_DOCUMENT_TOKEN_TO_BE_REPLACED 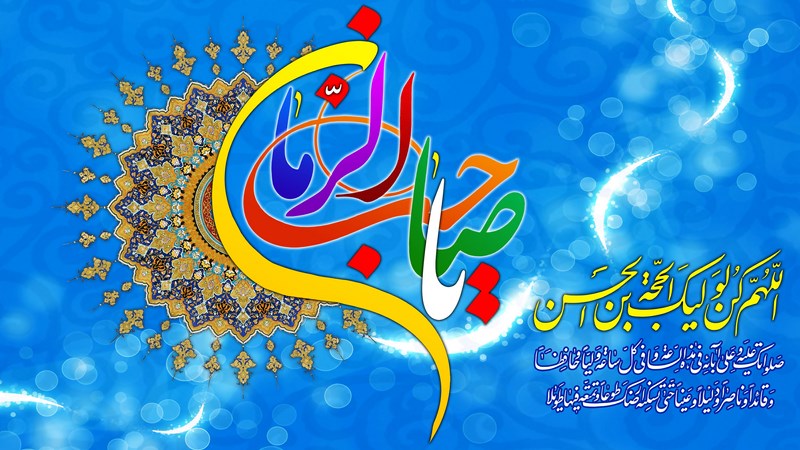 Answer 022: Promoting and expanding the spiritual and material sciences is one of the important issue during the time of Imam Mahdi (ajtf). The knowledge will reach the highest level during that time, according to Imam Sadiq (as). END_OF_DOCUMENT_TOKEN_TO_BE_REPLACED