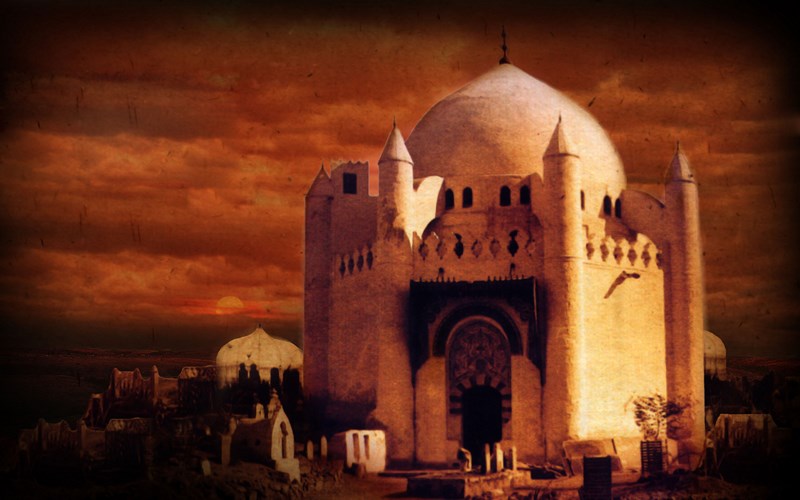 Question 029: How were the great constructions of the holy shrine built around the dead Imams (as) during the time of the caliphs when the Shia were oppressed? Did the caliphs who opposed the building of the shrines not destroy them? The Sunni Caliphs opposed Shia Muslims building Shrine over the Imams’ (a.s) graves and destroyed any shrine they built, but the followers of Ahlul Bayt (a.s) didn’t retreated and then they tried all their best and despite the dangerous situation obtained there, they have been built shrines for the Imams’ (a.s) graves.

Answer 029: Constructing a Mosque, dome or even putting a few stones over graves was a Sunna among people of the time of the Holy Prophet (pbuh) and the Infallible Imams (pbuth).

During the second and even third century of the Hegira, none of Shia and Sunni great scholars on that time have protested against these construction over the graves. This means, it was not consider as Shirk among them. Many constructions and mosques have been built over the graves of Talha, Zubair, Salamn Farsi, Sa’dat bin Ebada, Ma’az bin Jabal, Aqaba bin Amer, Muhammad bin Abi Bakr and his sister Asma, Ibn Zubair, Abi al-Hasan Deenwari the great Egyptian scholar, Anas bin Malik, Sahl bin Abdullah Tostari and etc.  There had been built domes over the graves of many of Sunni Leaders, Abu Hanifah, Muhammad bin Idris, Ahmad bin Hanbal and etc. during the Late Third Century, Early Fourth Century.[5]

The Holy Shrine of Imam Ali (as) had been built by Harun al-Rashid during the Second Century of Hegira. (Mufid, al-Irshad, Pg. 19.)

The first Holy Shrine of Imam Hussain (as) had been built by Mukhtar al-Thaqafi.[6]

The graves of those Imams (pbuh) buried in Baqī’ were rebuilt by Majdul Malik’s order during the Fifth Century of Hegira. It was rebuilt again and again by the Caliphs.[7]

But, during the Seventh Century of Hegira, Wahhabis have been destroying the Holy Shrines of our Infallible Imams (pbuth), according to the Fatwa of Ibn Teimiya and His student Muhammad bin Abi Bakr Ibn Qayyim.[8]

The first Holy Shrine they had destroyed was the Holy Shrine of Imam Hussain (as), then destroyed domes of the holy shrines of the Imams of Baqi (pbuth).[9]

We can come to the conclusion that building any edifices around their graves is like building a mosque over the graves of the Companions of the Cave and a  place deemed to be for worshippers. The facilities existing around or near the shrines are meant for the convenience of the pilgrims or they are symbols of Islamic art and they are manifestations of negative things in connection with graves. Therefore, they cannot be considered as invalid and unacceptable from legal or religious perspective.  It is prudent to mention that a similar situation which is the demand of the moment can be seen with some holy sites in the Two Holy Sanctuaries with structures and edifices being made.  For instance:

Now our question is that is it not possible to create, under these justifications, accommodations and build a roofed facility for pilgrims who face a lot of difficulties while performing pilgrimage?  If building a tomb over Safa and Marwa mountains is not a sign of shirk (act of worshipping something other than the One God), how can the same tomb on top of the graves of the noble servants of God be a sign of shirk?

In closing, the reader is advised to take notice of narration cited from Sahih Bukhari. The narrator quotes Sufyan Tammar as saying, “I saw the grave of the Prophet (S) like a hump of camel (something like a small tomb).”[12]

When the population of Muslims was small and the graves had been built in such a way that they looked like small tombs, what would be the problem, if a bigger tomb is built in the present time when Muslim population has grown manifold?

For further information in this regards, please refer to the following references: