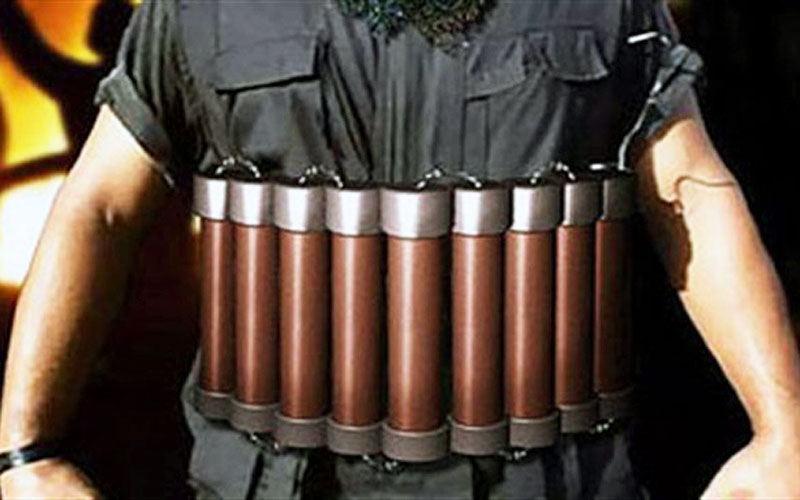 Question 591: What are actual principals of Jihad and seeing that Muslim world is under attack by the West, in such conditions can we allow or justify suicidal attacks?

Answer 591: Of course, all people are born with freedom of choice; some choose to be oppressors and tyrants, causing corruption, therefore it is necessary for a complete religion to have a solution and specific instructions and guidelines for confronting these obstacles that are preventing the guidance of humanity.

Sometimes, oppression and aggression reaches the point that the only thing left to do is self-defense and the usage of force, and that is why Islam has legislated jihad.

In other words, the Quran teaches us to be tough and aggressive with those who don’t follow logic and purposely prevent the prophet’s words from spreading and don’t allow others to be guided because of their enmity towards the truth.  The Quran says: “Oh Prophet! Fight hard against the Unbelievers and the Hypocrites, and be harsh with them…”[1].  “The Muslim nation and Muslims must cause fear and intimidation in the hearts of their enemies, so that they don’t even think about invasion, treachery, and harming the Muslims.”[2]

Of course, Islam’s instructions on military alertness and the protection of the country’s borders[3]  (which is another form of Islam’s emphasis on keeping peace and friendship and settlement) and its call on jihad for the sake of Allah (which in reality is one of the most important forms of Islamic worship and is the manifestation of true love to God and human fellowship, and is the opposition of corruption and impurity) completely differ from bloodshed, tyranny, panic, war and violence.

Since jihad hasn’t been legislated for conquest and the expansion of one’s power, one can easily conclude that jihad is a way of freedom and self-defense and not a way of violence.  Therefore, if the objectives of jihad are reachable in a peaceful manner, using force and military methods are forbidden.  This is also the reason behind why it is wajib to invite the disbelievers to Islam before going to battle with them if a battle ever wants to begin (this shows that what is important for Islam is for the truth to be heard, not fighting and violence, or else, such a thing wouldn’t be wajib).

Therefore, Allah has made jihad wajib for the defeating of tyrants, the freedom of the oppressed and helpless, and in order to get the grounds ready for those who have been kept in ignorance and unawareness regarding divine teachings and how to prosper in this world and the next, to be able to learn about these things and become familiar with them.[5]

Allamah Tabataba’i says in rejection of Islam being pro-war and after violence, and pertaining to the reality and the reasoning behind jihad: “The whole purpose of jihad is the establishment of Islam and for the word of Allah to rise, therefore jihad is a type of worship that needs to be done with the intention of seeking nearness to Allah (because one of the conditions of something being worship is for it to be done with the intention of seeking nearness to Allah).  Jihad hasn’t become wajib in order to take over others’ property and households, it has become wajib for the defending of human rights.  Originally, defense has limits, while transgression is breaking the limits.  Because of this, the end of the verse says: “لا تعتدوا ان الله لا یحب المعتدین[6]; Do not exceed the limits, for verily Allah does not like the transgressors.”[7]

Therefore, not only isn’t true Islam a religion of transgression, dispute, war and violence, but its instructions and rulings (in which one of them is jihad) have all been legislated for the purpose of helping mankind and for spreading peace and security as a result of godly ruling and the rejection of the ruling of taghut (Evil) and fighting against oppression and injustice.  In short, jihad is a fair and holy war for reaching high godly goals.[8]

Thus, maintaining peace with enemies and those thinking of kufr, depends on them keeping the respect of the believers and also depends on the believers not losing their strength and might due to keeping peace with them.  When sending Malek-al-Ashtar to Egypt to be in charge and run it, Imam Ali (a.s.) says: “If your enemy invites you to a Peace Treaty that will be agreeable to Allah, then never refuse to accept such an offer because peace will bring rest and comfort to your armies, will relieve you of anxieties and worries, and will bring prosperity and affluence to your people. But even after such treaties be very careful of the enemies and do not place too much confidence in their promises because they often resort to peace treaties to deceive and delude you and take advantage of your negligence, carelessness and trust [9].” [10]

On the other hand, the Quran says among believers, peace is the only way, and Islam calls upon brotherhood and reconciliation by asking the believers to have forgiveness, kindness and affection.[11]

Suicide Operations: Such operations that are referred to as ‘suicide operations’ or \ operations have no place in the Shia culture and aren’t permissible per se. Nevertheless, if the precious religion of Islam is ever threatened by a great threat, and there is no other choice to relieve it of these threats, such that the protection of Islam solely lies in such operations, it will become a kifa’i wajib act (meaning that it is wajib upon all Muslims, unless the needed number of people take care of the task) with the permission of the Hakem Shar’, given that innocent lives aren’t lost in the process.

Fatawa of our maraja’ are as follows:

Ayatollah Khamenei: It is impermissible.

Ayatollah Safi Golpaygani: If the only way to protect Islam is through such operations, it is a kifa’i wajib. Nevertheless, the term shahid covers more than just those shahids who don’t need to be given ghusl and shrouded [such shahids who have lost their life via suicide operations still need ghusl and the shroud, but still are shahids].

Ayatollah Makarem Shirazi: Suicide operations are impermissible, except for when a danger threatens Islam and there is no way to protect it except through suicide operation; in such a case it is permissible but with the permission of the Hakem Shar’.[12]