Question 637: What are the common and specific A’amaal we the Muslim can perform during the three Nights of Power (Laylatul Qadr)?

Answer 637: The Night of Power (Laylatul Qard) is the night, which is the most blessed and excellent of all nights. A prayer during this night is superior to the prayer of a thousand months.[1] The destiny for the year is decided (decreed) on this night.[2] That is why the Du`as for this night ask for special favours in the decree for the year. Believers are encouraged to stay awake the entire night, and pray for blessings and forgiveness. It is the holiest night of the year, and it would be unwise to be heedless of the tremendous benefits of this night. The Angels and Roohul Ameen (a highly dignified Angel) descend on this earth, with the permission of Allah (swt) & call on the Imam of the time, and what is ordained (by Allah) for everybody is presented before the Imam.[3] END_OF_DOCUMENT_TOKEN_TO_BE_REPLACED 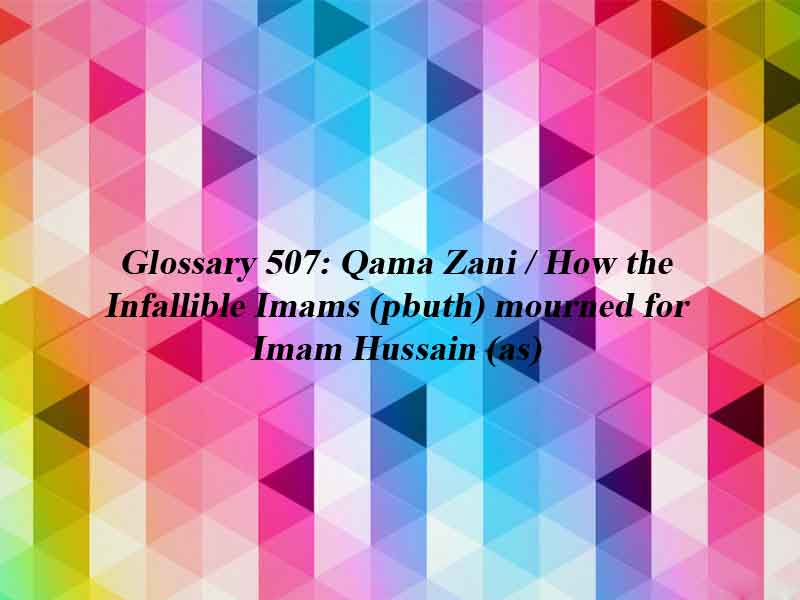 Glossary 507: Qama Zani / How the Infallible Imams (pbuth) mourned for Imam Hussain (as)

[2] . Al-Ḥussain ibn ‘Alī ibn Abī Ṭālib (as), was the grandson of the Holy Prophet (pbuh), and the son of ‘Ali ibn Abi Talib and lady Fatimah al-Zahra (pbuth) the daughter of the Prophet.

[3] . The tenth day of Muharram in the Islamic calendar.

[7] . Literally means to avoid a harm or an injury. Technically, it means expressing peace and reconciliation even if one may internally act against it.

[12] . One of the greatest poet. His parents were Nasibi. He became Shia later. He composed thousands of elegiacs and poems about the virtues of Ahlul Bayt (pbuth).

[13] . An act of mourning by some of Shia Muslims. It is also known as Talwar Zani.

[14] . Singular عالِم ʿĀlim, “scholar”, literally “the learned ones”, also spelled ulema; feminine: alimah (singular) and uluma (plural)), is defined as the “those recognized as scholars or authorities” in the “religious hierarchy” of the Islamic religious studies.

[15] . Known as a marjaʿ #taqlīdī or marjaʿ dīnī (Arabic: مرجع تقليدي / مرجع ديني‎‎), literally means “source to imitate/follow” or “religious reference”, is a label provided to the highest level Shia authority, a Grand Ayatollah with the authority to make legal decisions (Fatwa) within the confines of Islamic law (Ahkam) for followers and less-credentialed clerics. After the Holy Quran and the Holy Prophet and Infallible Imams (PBUTH), marājiʿ are the highest authority on religious laws in Usuli Shia Islam.

[16] . One of various reports describing the words, actions, or habits of the Holy Prophet Muhammad (PBUH). The term comes from Arabic meaning a “report”, “account” or “narrative”.

[17] . Referring to recommended, favored or virtuous actions. Mustahabb actions are those whose status of approval in Islamic Laws (ahkam) falls between Mubah (neither encouraged nor discouraged) and Wajib (compulsory, obligatory, mandatory). One definition is “duties recommended, but not essential; fulfilment of which is rewarded, though they may be neglected without punishment”

[19] . An Arabic term for wet cupping, where blood is drawn by vacuum from a small skin incision for therapeutic purposes. The practice has Greek and Persian origin and is mentioned by #Hippocrates. It is reported that the Holy Prophet #Muhammad (pbuh) has said, “Indeed the best of remedies you have is hijama, and if there was something excellent to be used as a remedy then it is hijama. (#Bihar al-#Anwar, Vol. 62, Pg. 300, chapter 89;  #Kafi, Vol. 6, Pg. 484.)

[20] . The true and righteous religion. #Islam is the last and the most complete of the revealed religions.  Indeed, it is only the teachings of the Shia religion that can depict the pure Muhammad Islam. 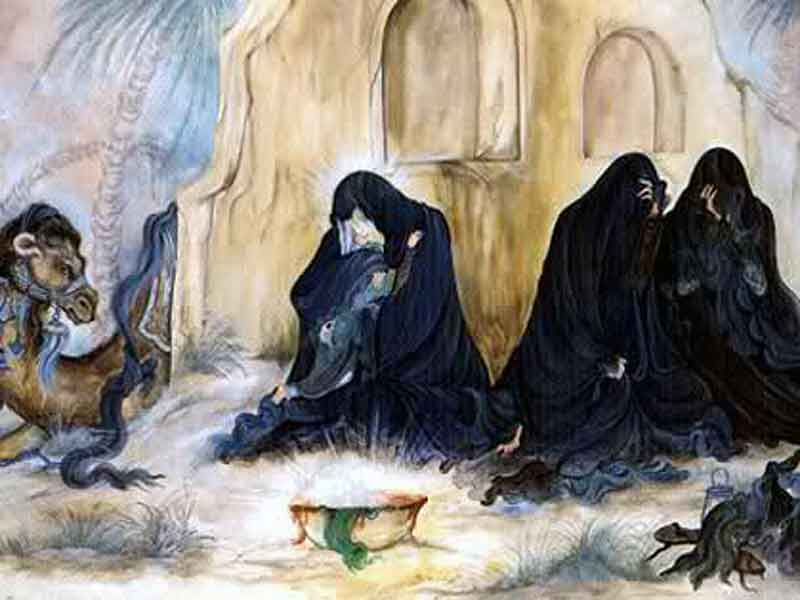 Question 181: Would you be able to share (i) some insights regarding the total number and fate of the daughters of Imam al-Husayn (as), and (ii) perhaps suggest several researches in English and Arabic, in the form of books/articles that analyze this question?

Answer 181: Many historians and those who write maqtals (accounts of what took place on Ashura) have mentioned two girls with the names of Fatimah and Sukainah when counting the daughters of Imam Hussein.[1] Also, some have added the name of “Zeynab”,[2] while other books have narrated the story of the Imam’s small daughter and the tragic incidents that took place for her in the ruins of Sham.[3] Most of these writers have cited this story from the book of “Kamel Baha’i” which was written in seventh century A. H. END_OF_DOCUMENT_TOKEN_TO_BE_REPLACED 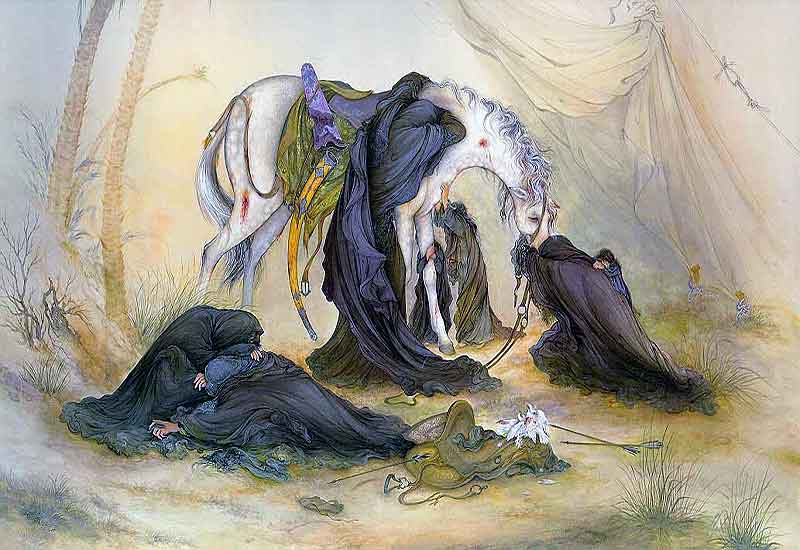 Question 166: What happened to Imam Hussein’s horse (Zuljanah) in Karbala?

Answer 166: The writers of books on what happened on Ashura (these books are referred to as ‘maqatil’) have not mentioned much about what happened to Zuljanah. What is mentioned is that he made his mane bloody with the blood of the Imam and returned to the tents neighing very highly.[1]

When the household of the Imam heard Zuljanah they came out of the tents and found out that the Imam had been martyred.[2] But, some of the later maghatel like Nasekhul-Tawarikh have extended saying that Zuljanah banged his head to the ground so much that he died[3], some say that Zuljanah had been killed before the martyrdom of Imam Hussain (as) and Imam himself fought against Ubayd Allah ibn Ziyad till has been martyred[4] or that Zuljanah threw himself in the Furat (the river in Karbala that Imam Hussain was denied water from).[5]

Index: The Wedding of Hadrat Qasim in Karbala on the Day of Ashura, answer 605.

Index: Enemies killed by Imam Hussain (as) in Karbala on the Day of Ashura, answer 598. 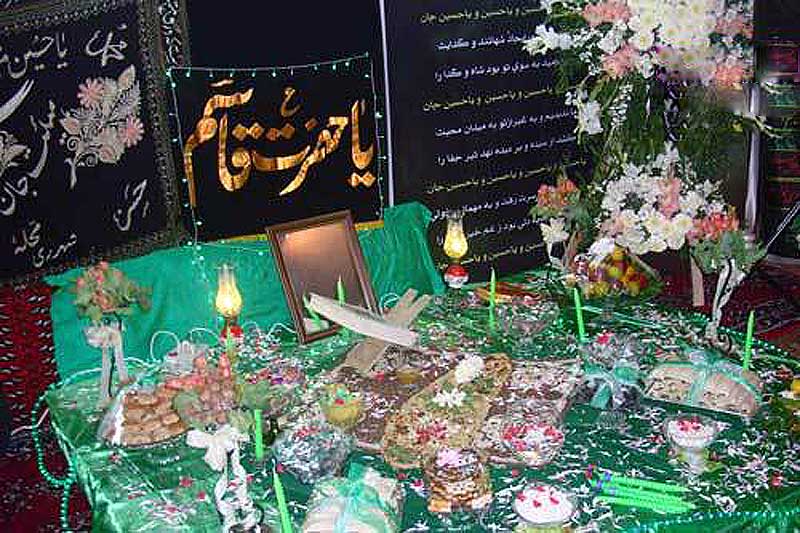 Question 605: A’salamu Alaikum. I was wondering if you could shed some light on this matter. Is it true that Imam Hussain (as) recited the nikkah of hazrat Qasim (as) to one of His daughters on the day of ashura? I don’t know what to believe as i have only heard this  by people,i have never read this anywhere. Can someone send me a link or give me a quote from a reliable book? In our country it has become ritual and custom to have Mehdi and henna! What is the Shia point of view about the wedding of Hazrat Qasim bin al-Hasan in Karbala on the day of Ashura?

Answer 605: The event of ‘Ashura’ has been subject to tahrif (distortions) an instance of which is the concocted story of the wedding of Hadrat Qasim, a story which has not been mentioned in any reliable book of history not to mention the fact that such a thing is not rationally possible because, firstly, Qasim was not more than thirteen years old on the day of Ashura and he had not attained the age of puberty. Secondly, the wedding could not have taken place because Imam Hussein (as) and his companions were surrounded by their enemies and a pitched battle was going on. Moreover, Imam Hussein (as) attached great importance to fulfilling his divine duty against his cunning enemies such as the Banu Umayyads. Therefore, the story of the wedding of Qasim is a fabricated and unacceptable story according to Shia researchers.  Below we will mention the viewpoints of some those researchers:

[3]  Research about the first Arba’ein of the Chief of Martyrs by Shahid Qazi.

[4]  The Shari’ah stipulates certain modifications in the obligatory salat, the daily ritual prayers, when offered in conditions of war and danger of the enemy’s attack. The salat thus offered is referred to as salat al-khawf; (see the Quran, 4:101).

Question 052: Asssalamu alaikum, I am not sure whether this matter was discussed here before. How to explain fact of Lamentation for Imam Hussain (as) and mourning for Him and other members of family for so many days in the month of Muharram, when some sunni brothers and sisters will call it a bidah as there are hadiths claiming you can only mourn after somebody for max 3 days and only women is allowed to grieve after her husband for 40 days. JazakAllah Khair.

Answer 052: The incidents that have taken place in the history of every society can have great effects on the destiny of that society and other societies. If an incident has been useful and effective in its own place, then reviewing and reconstructing it and keeping it alive can have a lot of benefits and effects for humanity. Hence, forgetting it can entail enumerable irreparable damages to human society. That is because the events take place in the history of nations at great material and spiritual cost in the sense that those nations lose their great men and go through a lot of hardship, difficulties and deprivations. END_OF_DOCUMENT_TOKEN_TO_BE_REPLACED

Question 049: What measures should we take so that Mola Hussain (as) will accept our Azadari? What is the normal mourning for Imam Hussain (as)?

Answer 049: What has been mentioned with great emphasis in the verdicts of grand jurists and religious authorities is that mourning, lamentation, crying and being sad at the sad martyrdom of the Chief of Martyrs, Imam Hussein (a) is good and profusely rewarded. It should be noted that different cultures, communities and people hold different forms of mourning and ceremonies in commemoration of the martyrdom of Imam Hussein (a). No special form of mourning has been recommended in the traditions. Taking off clothes which is customary in some countries or places are subject to the same area’s customs and habits; they have no special virtue or value nor has any special emphasis been laid on them. In fact, at places where there are women and these ceremonies are held in their presence, it is better and more appropriate to hold these ceremonies without taking one’s shirts.[1] END_OF_DOCUMENT_TOKEN_TO_BE_REPLACED 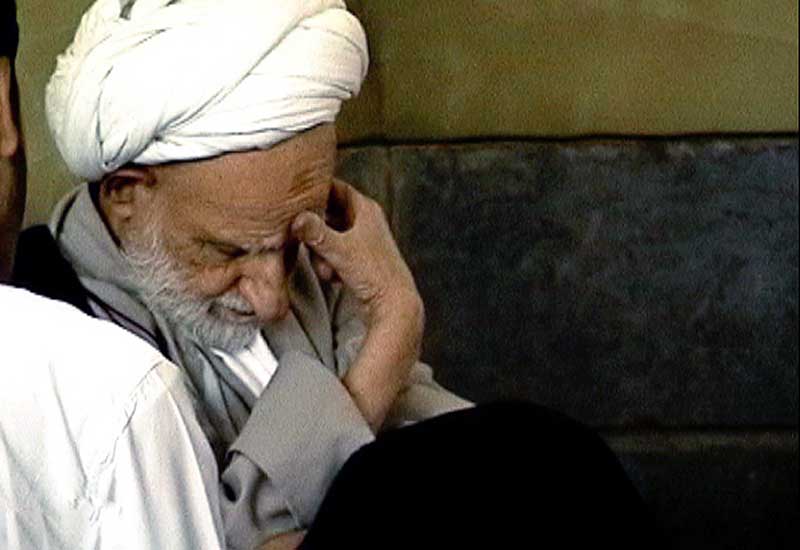 Question 048: What is the ruling of one who desires to cry for his sins, but is unable to do so, so he pretends to cry? Is pretending recommended? What procedures does one have to go through in order to be able to shed tears?

Answer 048: When you want to pray, supplicate or fear Allah, the Almighty you had better to cry or pretend[1] to cry. This act is a psychological example of an artificial effect on our soul.

According to a hadith, in order that your prayers be granted by Allah, the Most High you should cry or pretend to cry. Also, try to have at least one drop of tear coming out of your eyes, even by remembering a memory of one of your relatives who has passed away. In this regards, there is a hadith narrated from the holy Prophet (pbuh) that if one cries or pretends to cry while reciting the holy Quran or hearing it, he will certainly go to the Heaven. Furthermore, if you fear Allah (SWT), the punishment of Hell and desire to go to the Heaven you are supposed to cry or pretend to cry especially at the time of offering prayers, ta’qibat, supplications, dhikr, and during the practices of hajj, especially in Sa’y, stay in Arafa, and on top of Marwa Mount.[2]

END_OF_DOCUMENT_TOKEN_TO_BE_REPLACED 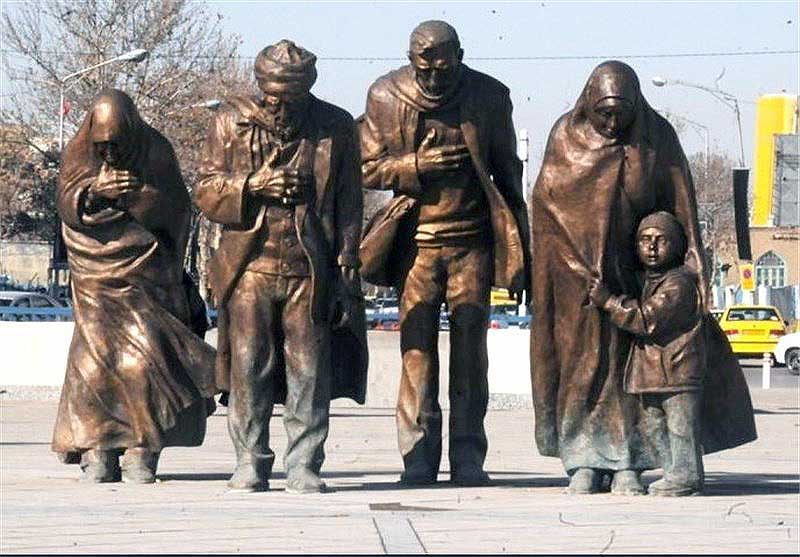 Answer 057: You can do the ziyarat for Imam Hussein (as) from home. You say, ‘Assalamo-Alaika Ya’ Aba Ab’dillah Al-Husain’. It does not matter where you are, because the ziyarat depends on your niyat (intention). Just do it with all your heart. END_OF_DOCUMENT_TOKEN_TO_BE_REPLACED