Answer 650: According to some verses of the holy Quran, traditions narrated from our Infallibles (pbuth) and Fatwas of grand maraja’, a wife or husband is not allowed to check each others phone without taking permission from its owner as cell phone is pravacy, unless there is fear of an important sin taking place. Instead, they are recommended to regard their partner’s affair in the most favorable way until they hear of something that overcomes their good opinion of one another. END_OF_DOCUMENT_TOKEN_TO_BE_REPLACED

Answer 641: According to all maraj, all kinds of relations with a non-Mahram including joking, expressing mutual love, talking with the intention of deriving pleasure, looking at the body of a girl (except her face and hands up to the wrists) and at her hair or looking at her face with pleasure are haram (forbidden). In fact, if it is feared that they might fall into a sin, it is forbidden for them to have any kinds of relationship with each other.[1] END_OF_DOCUMENT_TOKEN_TO_BE_REPLACED

Answer 054: There would be no problem to interact with others in ways that are necessary for communication in daily life if there is no such a fear that we might fall into a sin. Unnecessary and unconventional behavior such as, amorous conversations and physical relationships between non-Mahram man and woman is not allowed.[1]

This unlawful behavior could be the consequence of several root causes, some of which will be explored below. Some recommendations will also be given that will enable you to intervene and prevent her from continuing to commit such sins.

Abnormal behaviors in your wife could be the result of several factors caused by you, that are likely to include emotional distress, verbal abuse, or even sexual deficiencies that have arisen during the course of the marriage.

Women need validation, appreciation and positive attention from their husband in order to maintain healthy behaviors. Also, any unconventional matters in your conjugal life may have discouraged her to get married to you, but she may have consented to marry you because of a particular factor and condition. The last and most important reason could be ignorance of the negative and harmful consequences of her sin and her weakness in her faith in Allah (swt).

The recommended action would be to have a sit down with your wife and inquire in an intimate and friendly manner about these behaviors.

If it is your behaviors and actions which caused her to establish such communications with others, try to correct your behaviors and actions. If there are other factors which could have caused these behaviors in her, try to establish what these factors are and together work to find the best solution for each problem. In any case, make her aware of the negative and harmful consequences of such sins and remind her of the Day of Judgment. In this regards, Allah (swt) says: “O you who believe! turn to Allah a sincere turning; maybe your Lord will remove from you your evil and cause you to enter gardens beneath which rivers flow, on the day on which Allah will not abase the Prophet and those who believe with him”” Their light shall run on before them and on their right hands; they shall say: Our Lord! make perfect for us our light, and grant us protection” Surely Thou hast power over all things”[2] 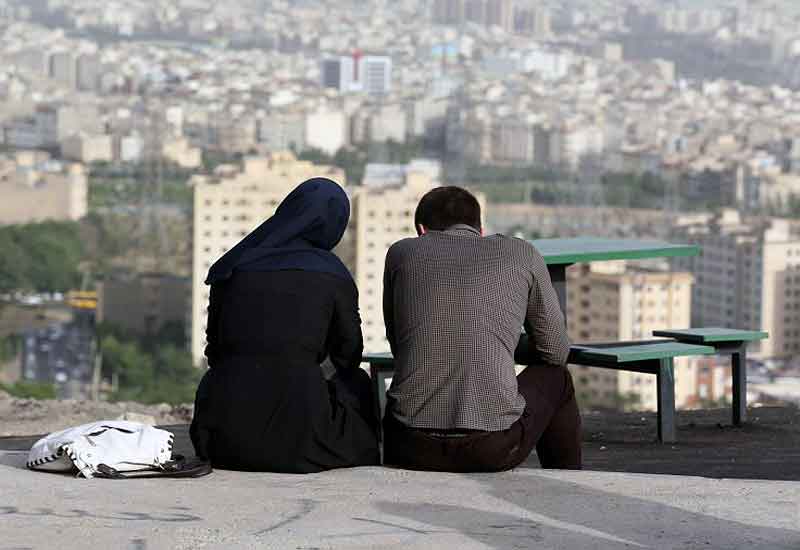 Question 053: Should a man disclose unlawful relations to whom he wants to get married? Is he allowed to lie in order to get rid of evil if she asks about his past relations?

Answer 053: Islam, however introduce the trustfulness and honesty as the biggest capital in a couple’s life and says that where there is honesty in a family, there is no ground for any misunderstanding and misconception and if a husband and wife want to betray or deceive each other and tell each other lies, then there is no way they can trust each other, but one mustn’t disclose his sins (small or big) to anyone. He must keep his secrets (regarding his sins) to himself. From Islam’s perspective the self-respect a person has for himself is so significant that he can only confess his sins before Allah in the sense of asking for forgiveness.

Not only will he not lose his respect but by confessing before Allah he will gain more. This is something solely restricted to Allah , for no other person even if he were to be a trustworthy person, is capable of returning one’s respect (that has been lost when he confesses to that person), let alone increasing it.

On top of that, based on the tawhidi (monotheistic) viewpoint in Islam the sole cause for everything in this world is Allah [1] and no one can do anything without his permission especially granting forgiveness and pardon which has not been assigned to any individual or character in Islam other than Allah (swt) himself.

In this regards, Imam Javad (as) says: If you come to know about the secrets of each other no one of you would bury one another. This means that after knowing your friends’ secrets you would fed up with them in a way that never bury their bodies.[1]

In order to avoid discrediting others and spreading prostitution no one is allowed to disclose his/her unlawful relations with others, according to Islam. One must only confess his/her mistakes and sins before Allah (SWT) and truly ask for His forgiveness, then Allah (SWT) will forgive him/her. In the holy Quran Allah (SWT) says: “Say: O My servants! who have acted extravagantly against their own souls, do not despair of the mercy of Allah Surely Allah forgives the faults altogether Surely He is the Forgiving, the Merciful”.[2]

‘Astighfar’ is meant for people of a high position. It is a word that stands on six meanings:

[4] . Adopted from answer 139 (Index: How to Repent from Sins (high on drug) committed in the month of Ramadan). 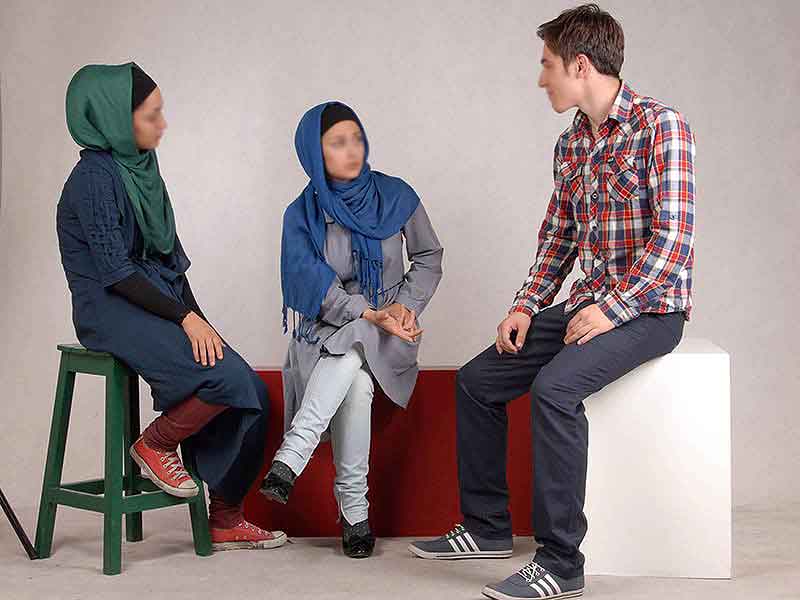 Question 565: Salamun alaykum. I shall appreciate help with regards to the following questions please.

1) Can a married man engage in temporary marriage with or without his wife’s permission?

2) Can a married man marry a second wife without his first wife’s permission?

Answer 565: Islam recognizes the permissibility of a man having four permanent and concurrent wives.  The man’s second marriage while he has a permanent wife, except in the case of marriage with the wife’s niece (her brother’s daughter, or sister’s daughter)[1], is not conditional upon consent of the first wife. But, if the wife [stipulates], as a condition of the marriage, that her husband cannot marry another woman, then, according to some jurists (Fuqahā), this condition is valid and the husband should not violate it.

The following are some opinions of our maraja concerning whether the first wife can stipulate the condition or not:

Imam Khomeini, Ayatollah Bahjat, Khamenei, Fadhil Lankarani, Makarim Shirazi and Noori Hamedani: No, this condition is not valid or binding, unless there is a condition that: “the wife has power of attorney from the husband, that if the husband remarries, she can carry out divorce”, this is valid.[2]

Ayatollahs Tabrizi, Sistani and Safi Golpayegani: Yes, this condition is valid and binding, and if after the marriage, the husband does not act upon this condition and remarries, then he has committed a sin.[3]

Ayatollah Wahid: according to obligatory precaution (Ihtīyāt Wājib), this condition is not valid and binding, unless there is a condition that: ” the wife has power of attorney from the husband, that if the husband remarries, she can carry out divorce”, this is valid.[4]

Justice in dealing with polygamy: The justice that is required [in dealing with polygamy] is related to the division [of time between them] in the sense that when he spends a night with one of them then, he must spend one night each with the rest of them in every four nights.The justice that is required as a recommendation is equality in spending money, giving attention, cheerfulness, and fulfillment of their sexual needs, etc.[5]

Getting married with People of the Book: Some jurisprudential scholars are of the opinion that if a Muslim man wishes to temporarily marry a ‘Ahlul Kitab’ (People of the Book) wife, while he has a permanent Muslim wife, then the permission of that first Muslim wife is a condition upon the second marriage.[6]

For a Muslim man to marry a woman from Ahlul Kitab permanently is against the compulsory precaution in any circumstance. And his temporary marriage to a Jewish or a Christian woman is allowed, only if he is not already married to a Muslim wife. If he has a Muslim wife, temporary marriage with an Ahlul Kitab woman is not permissible without her consent; nay, even with her consent, it is not permissible, based on compulsory precaution.

Conclusion: The man’s second permanent marriage or temporary marriage while he has a permanent wife, is not conditional upon the consent of his first wife. Unless, 1) he wants to marry his wife’s niece, 2) the woman stipulates a condition that her husband cannot marry another woman (but not according to all maraja’), 3) he wants to permanently marry a woman from Ahlul Kitab and his first wife is Muslimah.[7]

[7] . For further information in this regards, please refer to answer 080 (Index:  Rules regarding temporary or permanent marriage with people of the book).