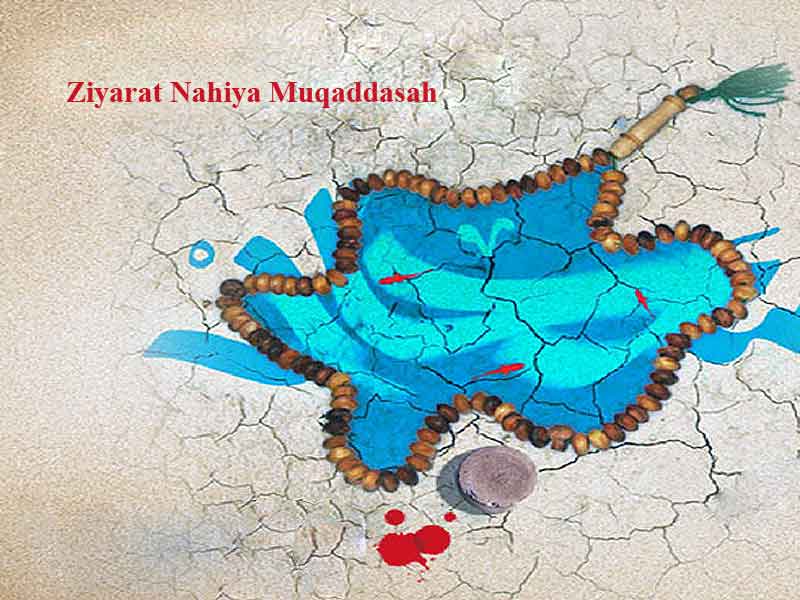 Question 147: I was reading Ziyaret Nahiyah and I came across a part of the Ziyaret that says, “I will continue to weep morning and evening and weep for you with tears of blood.” Can someone give me the tafsir on this Ziyaret and the meaning of this statement?

I was reading Ziyaret Nahiyah and I came across a part of the Ziyaret that says, “I will continue to weep morning and evening and weep for you with tears of blood.” Can someone give me the tafsir on this Ziyaret and the meaning of this statement?

Answer 147: The ziyarah of Nahiyah Muqaddasah is an ‘absolute’ or ‘unconditional’ ziyarah, meaning that it can be recited anytime; on Ashura or any other day.

This ziyarah begins with greeting the Prophet of Islam (pbuh), the other Prophets and the Imams (as), and is followed by greeting Imam Hussain (as) and his loyal companions. Afterwards, the ziyarah explains in detail the honorable characteristics, traditions and way of life of the Imam before his rise, the affection of Imam Mahdi (aj) for him, the circumstances that led to his rise, gives a description of what took place in Karbala, tells us of his martyrdom and the tragedies he suffered and underwent, and about the mourning of all earthly and heavenly creatures for him. The ziyarah ends with a tawassul (asking for mediation and intercession) to the imams and supplications to Allah (swt).

The famous Ziyarah Nahiyah Muqaddasah has an authentic and reliable chain of narrators [sanad] and has been issued by Imam Mahdi (as) to one of his “special” representatives [one of the four representatives that were specifically appointed by the imam (as) himself in the third century (ah) during his minor occultation] in the form of a tawqi’ [letters written by the imam in response to questions that were asked from him].

This ziyarah was passed down to great scholars such as Sheikh Mufid and Sayyid Murtadha through Shia narrators, and from them to others like Ibnul-Mashhadi. Finally from them on to later scholars, namely, Sayyid ibn Tawus and Allamah Majlisi.

In this Ziarat Imam Mahdi (ajtf) has said:

Translation: “I will, therefore, lament you morning and evening, and will weep blood in place of tears, out of my anguish for you and my sorrow for all that befell you”.

We can figure out how much the above mentioned phrases allusively indicate Imam Mahdi’ (ajtf) anguish for Imam Hussain (a.s). This doesn’t mean, that its the actual meaning of such phrases. Imam Mahdi (ajtf) wouldn’t like to weep blood by using external devices. He wants to shed many tears in a way that make his eyes bloody, instead. Weeping and moaning is not damaging yourself when you are filled with a lot of grief, especially when it is related to divinely religious affairs.[1]

Index: Reciting Dua or Dikr in any language during the Prayer, answer 579.

Index: Ziyarat of Imam Hussain when you are far away from Karbala, answer 057.