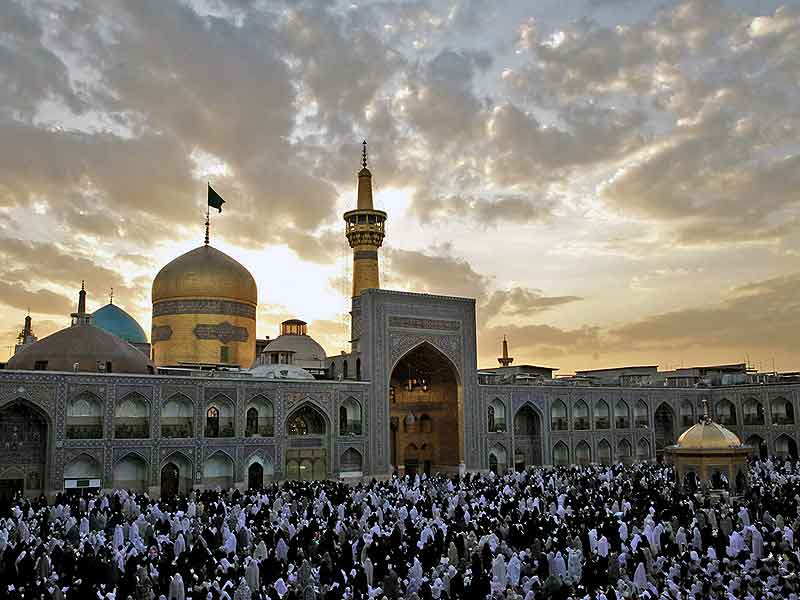 Question 124: Has anyone heard that you have to go for Hajj before you go for ziyarat? Someone advised me of this and I’ve never heard it before. So, tell me sholud I Going for Hajj or Ziyarat of Imam Hussain or Imam Reza?

Answer 124: If a wajib hajj become obligatory upon you, you would have to go for Hajj, first. If you are dubious whether to go for Hajj or visit the holy shrine of the Infallibles Imams (pbuth) you are supposed to act based on the few traditions, as follows:

There is a wonderful hadith narrated from Aisha. When the Holy Prophet (pbuh) was carrying Imam Hussain (as) on His shoulders, Aisha asked Him (pbuh): Do you love him? The Holy Prophet replied: Woe are you, how I don’t love and like him while he is the light of my eyes, however my Umma will kill him! Whomever visit him after his martyrdom Allah, the Almighty would grant him a reward of one of my Hajj. Aisha wandered and said: One of your Hajj? He (pbuh) said: even two Hajj of mine. Aisha wandered again. He (pbuh) said: even four Hajj. Aisha was continuously wandered until the Holy Prophet (pbuh) said: the reward of vising Imam Hussain (as) is equal to the reward of my nighty Hajj![1]

What the most important reason for Imam Hussain (as) that unfinished His Hajj in order to go to Kufa is to disgrace Yazid’s regime and to uphold and put into practice (Amer bil Maroof and Nahi anil munkir), to order the correct and right and to stop and refrain from the evils and to stand up against the brutality and cruelty. This was the mission Allah, the Almighty had entrusted him. That’s why He (as) is Thar Allah (possessor of the blood venerated by Allah). And if we visit His holy shrine with the pure intention and to remember this sacrifice of protecting the pure Islam of the Holy Prophet (pbuh), we would be granted the reward of many mustahab Hajj. In sha Allah.

Ali bin Mahziyar also asked: why? The Imam said: Because, all people visit the holy shrine of Imam Hussain (as), but only Shia Muslims visit my father’s holy shrine![2]

Therefore, visiting the holy shrine of our Infallible Imams (pbuth) especially Imam Reza (as) is preferable to go for mustahab Hajj.

Index: Ziyarat of Imam Hussain when you are far away from Karbala, answer 057.