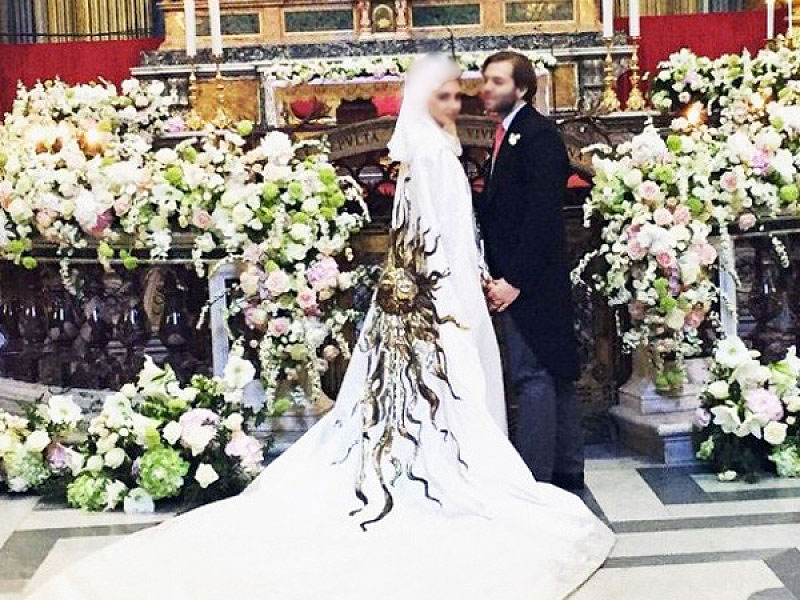 It’s mentioned in Surah Al-Mumtahanah verse 10 “O you who have believed, when the believing women come to you as emigrants, examine them. Allah is most knowing as to their faith. And if you know them to be believers, then do not return them to the disbelievers; they are not lawful [wives] for them, nor are they lawful [husbands] for them. But give the disbelievers what they have spent. And there is no blame upon you if you marry them when you have given them their due compensation. And hold not to marriage bonds with disbelieving women, but ask for what you have spent and let them ask for what they have spent. That is the judgement of Allah; He judges between you. And Allah is Knowing and Wise.”

In this verse, it shows the marriage of muslim women to the disbelievers (Kuffar) is suspended, in which disbelievers doesn’t include the people of the book (Ahel Al Ketab, Christians and Jewish), because many verses in Quran called Christian and Jewish as Ahel Al ketab but not Kuffar (disbelievers).

Answer 576: According to the following verses of the Holy Quran, traditions and fatwas of our maraja, a Muslim woman cannot marry a non-Muslim man.

Verses of the Holy Quran:

The followings are some highly valuable guidelines and models presented by the Infallibles (pbuth) for us to have a good spouse and a healthy marriage:

Imam Baqir (as) was asked if we are allowed to marry Ahle Kitab, He said: You are not allowed to do so. The man asked again, what is the reason behind this prohibition? The Imam (as) replied: According to this following verse of the holy Quran: “And hold not to the ties of marriage of unbelieving”. [9]

Imam Khomeini: A Muslim woman cannot marry a Kafir whether permanently or temporarily[10]

Sistani: As for a Muslim woman, she is not allowed to marry a non-Muslim man at all.[11]

Khamenei: She must separate from him and there is no need for the divorce contract.

Sistani: There is no need for the divorce contract and she must separate from him as soon as she embraces Islam.

Makarem: In the case asked about, if her husband does not embrace Islam, she will separate from him.

Saafi: [The woman] needs to finish the waiting period; if her husband embraces Islam by then, the marriage will hold, but if he doesn’t, then the wife separates from him without the divorce contract and the marriage is terminated.

[11] . The official website of the office of Sayyid Sistani, Marriage » Questions and Answers.